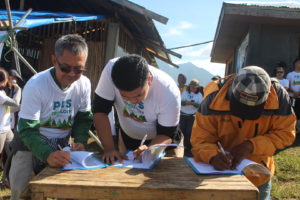 The first leg entitled “TAKE ROOT” kicked off with over 170 volunteer planters from Cagayan de Oro City, Iligan City, Lanao del Norte and other nearby provinces of Northern Mindanao. One of the highlights of the event was the ceremonial Memorandum of Agreement signing among XSF, MILALITTRA and the Cagayan de Oro Water District (COWD).

COWD representative Mr. Euljun Salarda expressed that part of their [COWD] initiative is to adopt a watershed wherein forest rehabilitation and conservation will be made. Through PES they would be able to fulfill their responsibility as an institution providing adequate water resource to every consumer. The institution supported 10 hectares in five (5) years and is positive to advocate the PES Kalatungan initiative. 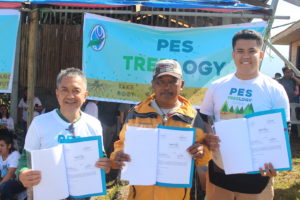 The second leg of the PES TREElogy entitled “GROW” will commence in August 2018.